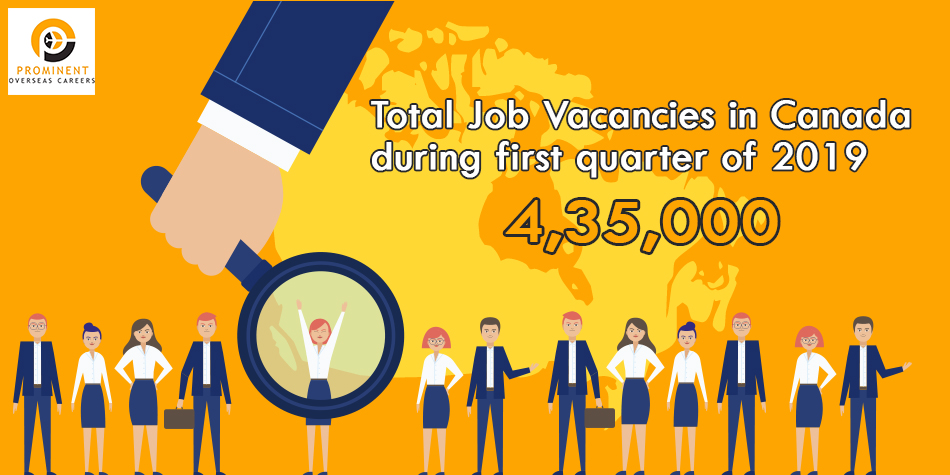 Canadian job vacancies reached 435,000 in the first three months of 2019. Canada’s private sector job vacancies have reached very high which rates 3.3 percent in the first quarter of the year. The number of invitations has been increased.

The vacancies rate of Canada has been increasing from the past two years. It reached the highest record of 4,35,000.

Quebec has the highest job vacancies rating of 4.1% by the first quarter. British Columbia, Ontario stands second and third reached 3.6 and 3.3 respectively.

There is report for sector wise shortage in labour for Canada province in which it includes Construction industry, Personal services, Business in Agriculture, Hospitality

Shortages of labour in Canada by sector are as follows:

Drastic change in Employment by Immigration:

Canada province saw a record of 1,06,500 and 27,700 jobs added in April and May respectively. This situation has benefited the recent immigrant’s ages between 25 and 54.

Stay Tuned for the latest update about Canada Province.