Alberta, Canada, is a popular location for immigrants. Energy province, Sunshine Province, and Princess Province are all nicknames for them. This province is home to about 4 million people, with a substantial portion of the population residing in Alberta’s two largest cities, Edmonton and Calgary. Edmonton is the provincial capital of Alberta. Both Calgary and Edmonton have populations of roughly one million people. Alberta Immigration is one of Canada’s most popular immigration destinations.

The Alberta economy is currently expanding. With its new multi-year strategy, almost all provinces in Canada are hoping to recruit more bright persons. The majority of them will be newcomers through Express Entry (EE) schemes like as

The first modification concerns the income criterion.
Previously, any candidate wishing to immigrate to Canada needed to have a particular minimum income to be qualified for Alberta immigration. As a result, the countless applications that did not match the stated condition were denied. Alberta has eliminated the above-mentioned minimal criterion. If the applicant’s scores are above the minimum requirements, they will be considered. It is encouraging news for Canadian immigrants. This province is well-known for having high-demand occupations. Candidates can be picked for Canadian immigration with more ease.

This year, in June 2018, when Alberta opened its Alberta Opportunities Stream (AOS), an announcement was made regarding raising the minimum language requirement from CLB4 to CLB5. Following additional consideration of the market circumstances, the Alberta Immigrant Nominee Program officials have chosen to postpone the aforesaid decision.

Language requirements would increase exclusively for O, A, and B category occupations beginning June 1, 2020. For employment belonging to Category C and D of the NOC (National Occupations Classification), there would be no change. The adjustment would be minor; the eligibility language requirement would rise from CLB4 to CLB5.

Even though Alberta immigration provides the simplest option, it is nevertheless recommended that you seek the advice of experienced visa specialists, such as us. We are one of the leading visa specialists in India. Our Canada Visa Agents will not only help you get to your preferred location quickly, but they will also guarantee that you receive the most value for money. 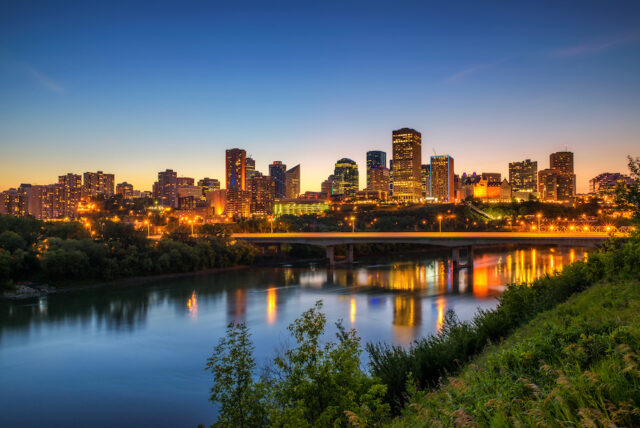