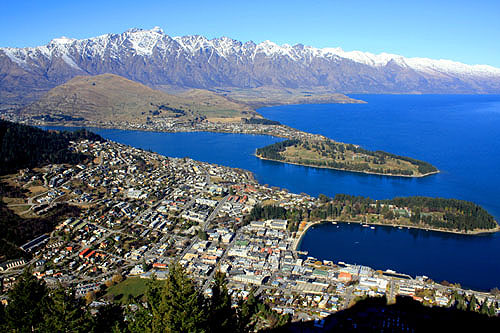 Almost 200,000 people have filed for the fast-track visa, and one in every four has been approved.

By the conclusion of this year, the country will have received more new residents than in any previous year.

Until last year, the government’s ‘planning range’ for new residents, which includes overseas-born spouses of New Zealanders and humanitarian categories, was between 33,000 and 40,000 each year.

According to that standard, it would normally take five or six years to approve 200,000 new inhabitants.

According to immigration data, New Zealand has created more residents in the last six months than in any other year in the prior decade.

However, the quantity of applications decided has not been distributed evenly across nationalities.

The top five nationalities of fast-track (2021) residence applications, classified as accepted for consideration, ‘on hand’ (accepted for processing but not yet determined), and concluded (approved or declined). RNZ / Farah Hancock Illustration

According to additional research, Chinese applicants are less likely to be approved: 3.9 percent have been reduced, compared to 2% for Indians and 2% for South Africans.

The government has promised to decide on 80 percent of applications within a year.

According to Erica Stanford, national immigration spokesperson, Immigration New Zealand’s processing pace means it will not meet the target until October 2023.

The National Party has expressed worry that immigration officers may be overburdened in order to handle the large number of residency visas while the border reopens to holidaymakers and migrant workers who also require visas.

In addition, a new fast-track residence programmed for professionals like as doctors, engineers, and scientists is set to begin in September, and the Accredited Employer Work Visa began its open stage on Monday.

INZ stated that it will continue to strive to complete 80 percent of R21 applications within 12 months.

The Productivity Commission’s report on immigration is set to be released next week.

Its proposal proposed a schism between immigration policy and the availability of homes and new infrastructure. It also demanded that the government remove visa limitations that bind migrants to a single employer.

The report could have an impact on the next announcement in the sector, such as a new skilled migrant policy or the reopening of an existing programmed.

The government declared a week ago that the border will reopen completely and visa processing for abroad applicants would resume on July 31, with a Green List/fast-track to residence for highly skilled employees beginning in September.

People who do not work in those occupations – or in a second-tier track to residency that includes nurses and teachers – are waiting for word.

They include persons who were not on a work visa when the programmed was announced last year or who have not been in the country long enough.

Applications are expected to close in July, and the number of applicants has already surpassed the government’s predictions by 30,000 people. When the proposal was unveiled last year, it stated that 165,000 people might be eligible, but that figure did not include abroad partners and children.

The administration had planned to resume a skilled immigration strategy in July, but that has now been moved back until September.

If you want visit NEW ZEALAND, then get in touch with PROMINENT OVERSEAS CAREERS.