Choosing between Canada and Australia for immigration might be difficult! Both of these locations have fantastic work prospects. They’re like mirror images.

Both nations have comparable educational standards. In terms of education, Canada has a tiny advantage over Australia. Canadian educational institutions are less expensive than Australian schools, colleges, and universities.

This blog provides you with a greater understanding of the immigration options, the cost of living, opportunities, and several other critical determining elements to assist you in making a decision. Continue reading.

Top 10 Immigration Differences Between Canada and Australia in 2022

A Quick Comparison of Immigration to Canada and Australia

1. Which country is better for permanent residence: Canada or Australia?

3. Employment Opportunities in Canada and Australia

Canada is the world’s tenth largest economy, with a GDP of $1.7 trillion. Jobs in technology are in great demand in Canada. So much so that both Ontario and British Columbia have instituted tech-specific lotteries aimed at highly talented and experienced foreign technology experts.

Over the previous decade, Australia’s economy has performed well. This has led to tremendous economic growth, as well as low unemployment, inflation, and interest rates. Australia has an open and competitive economy, as well as a dynamic private sector and a competent workforce.

The key takeaway is that countries with strong economies, such as Canada and Australia, offer equal work possibilities to immigrants.

4. Job Safety in Canada and Australia

Employee retention in Canada is high. However, employment stability cannot be assured. In Canada, about 85 percent of professionals with secure work receive pensions. Furthermore, 94 percent of workers were found to be paid even while they were sick.

Workers in Australia have a high level of self-assessed job security. Across the country, job retention is around 89 percent. A substantial proportion of employees believe they will be able to keep their employment in the following year.

The key takeaway is that Australia outperforms Canada in terms of employment stability.

Canada has a higher average practical tax rate of 28 percent. The average annual take-home pay for Canadian employees is around $35,500. Taxes generally make a significant impact. The yearly salary after taxes is what you really receive.

The average practical tax rate in Australia is 23.6 percent. The country’s progressive tax rate means that you pay more tax as your income rises. The tax-free level is $18,200, after which the tax comes in. There is no tax-free threshold for foreign residents in Australia.

The key takeaway is that you will have to pay less income tax in Australia than you would in Canada.

6. Living Expenses in Canada and Australia

Canada has generous government benefits in terms of food security and health care. Furthermore, the cost of living is somewhat cheaper than in Australia. A single person would need $1,650 – $2,500 a month, while a family would need $5,158.

Life in Australia is costly, having the 16th most expensive cost of living in the world. Furthermore, the cost of life in this island country varies by area. Sydney has the highest cost of living, followed by Melbourne, Perth, Canberra, and Brisbane.

Cost of Living in Canada and Australia PR

The main takeaway is that life in Australia is expensive! On this front, you have the option of selecting Canada.

7. Medical Facilities in Canada and Australia

In Canada, basic health care is provided at no cost. It is provided by Medicare. The primary need for Medicare is health insurance coverage. Health-care prices are considerably reduced in this area. The healthcare system in Canada is more compassionate.

Australia has a well-developed healthcare system. When you become a permanent resident, you will be eligible for Medicare. Many Australians, however, opt to get private health insurance in order to cover the expenses of dental and specialised treatment.

Key Takeaway: Both Canada and Australia give comprehensive healthcare coverage to permanent residents who are immigrants.

8. Education Costs in Canada and Australia

When compared to other nations, education in Canada is inexpensive. Children of immigrants in Canada are given free public education until the age of 16 or 18. You may also send your children to private Canadian schools, which charge tuition ranging from $6,135 to $10,733 per year.

Immigrants in Australia have the option of attending either government or non-government schools. For permanent residents and Australian citizens, government schools are largely free. Some institutions, however, may impose a gift fee or ‘voluntary contribution’ ranging from $44 to $730.

The key takeaway is that Australia is ahead of Canada in terms of school costs.

9. The Importance of Obtaining Citizenship

Citizenship is possible once you have physically resided in Canada for three years (1,460 days) as a PR. However, you must take a citizenship exam and file your tax reports. If you want to live in Canada permanently, Canada is a fantastic location to start.

After you have resided in Australia as a temporary or permanent resident, you can seek for citizenship. The cumulative total of three of the previous four years is required. To be qualified, you may also need to have a track record of employment.

Key Takeaway: Both Canada and Australia guarantee you a shot at citizenship after three years, subject to a few restrictions.

10. Working Hours in Canada and Australia

The usual work hours for federal employees in Canada are 8 hours each day. This amounts to 40 hours each week, or 2086 hours per year.

Employees in Australia work an average of 7.6 hours every day. It amounts to 38 hours each week, or 1797 hours per year.

The key takeaway is that you will eventually have more hours to spend with your loved ones in Australia than in Canada.

Now that you have a better understanding of the more general elements of settling in both nations, let’s move on to discussing the immigration routes, eligibility requirements, documents, and application procedure for the various types of visas.

Let’s have a look at the similarities and variations between the processes for obtaining a permanent resident visa in Canada and Australia. 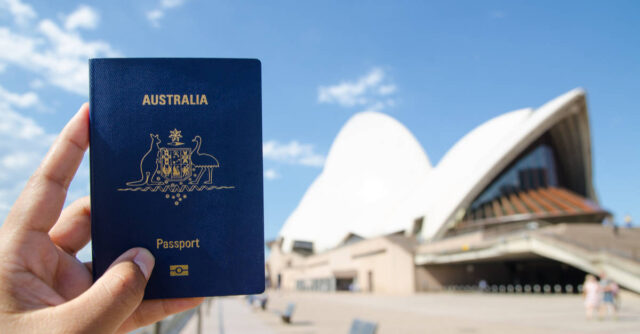 1.     A Comparison of the Eligibility Requirements for PR in Canada and Australia

The paperwork required for Canada PR & Australia PR are:

The submission of supporting documentation is an essential part of getting a visa. The vast majority of applications are dismissed due to insufficient or absent supporting documentation. A visa expert may assist you in compiling a comprehensive document checklist, confirming the genuineness of the documents, and guiding you through the necessary format and specifications for the type of visa you are applying for.

Here are all the factors that add points to your PR:

6. Benefits of having a PR Card: Canada vs Australia

Here is a comparison of the benefits of having a PR card in Canada and Australia.

To that end, are you looking forward to obtaining your Permanent Residence status in either Canada or Australia? Today is the day to let our seasoned professionals walk you through the process of obtaining a visa. 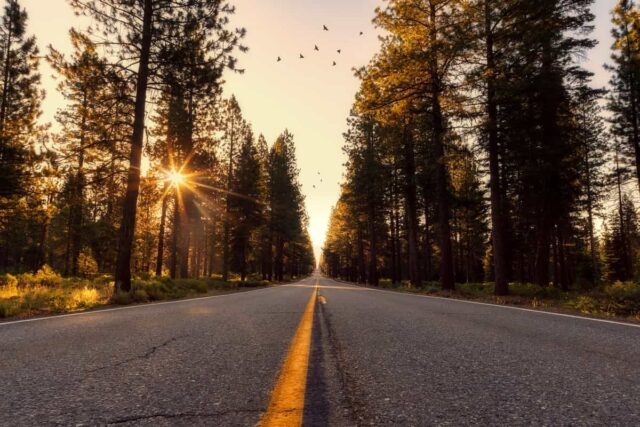 In order to immigrate to Canada, what are the several pathways that may be taken?

The following are some of the several pathways that can be taken to settle in Canada:

We really hope that this article was helpful to you in understanding all of the similarities and distinctions regarding immigration to Canada and Australia. The following is a condensed version of the same:

Make a decision, and ensure that it’s the correct one.

If you have any queries contact our immigration advisors. Your application for a PR visa is something that our team of knowledgeable professionals is more than happy to assist you with.

How exactly may Prominent Overseas be of assistance?

Prominent Overseas Careers is an immigration consulting firm that specialises in obtaining work visas, study visas, temporary work visas, dependent visas, and permanent residency visas for a variety of countries, including Canada, the United Kingdom, the United States of America, and Germany.

In addition to these services, Prominent also provides its customers with individualised assistance in the following areas:

Evaluation of the Client’s Profile: This involves doing an in-depth analysis of the client’s background in order to establish the applicant’s likelihood of being granted a visa.

Documentation that is exhaustive, devoid of errors, and depending on the type of visa being applied for and prepared in such a way as to adhere to particular forms.

Dedicated Case Officer: A consultant who is committed to assisting clients throughout the entirety of the procedure.

Visas and Interviews: Applicants who attend visa interviews with documents that have been validated get guidance from the relevant authorities.

Post-Landing Service: Once customers have obtained their visas, Prominent assists them in settling into the new country with a comfortable stay and helps them adjust to life there.

Additional assistance available to those who are looking for work:

Writing a Resume: A Dedicated Team of Resume Experts Will Build the Finest Resumes That Satisfy the Requirements of Immigration Authorities and Potential Employers We provide a dedicated team of resume experts to craft the best resumes that meet the requirements of Because of this, their chances of being chosen are significantly increased.

Profile Marketing: Prominent is well-known for building the best-in-class portfolios that promote candidate profiles on job-portal websites. This aspect of their business is known as “Profile Marketing.”

Further services available. For students who are interested in obtaining a study visa:

Admission Guidance: Comparisons of the finest programmes, universities, and countries to study in, along with scheduled mentorship from current students who have completed the programme.

Help students locate the finest scholarship programmes, education loans, and loans for studying abroad, and also assist them in locating paid internships. This falls under the category of “Scholarships and Financial Aid.”

Avoid holding out. Get started right now on your application for a visa!

Share
previous
The Best Australian Universities for Your Preferred Field of Study
next
How Does a Spouse or Common-partner Improve Your CRS Score?