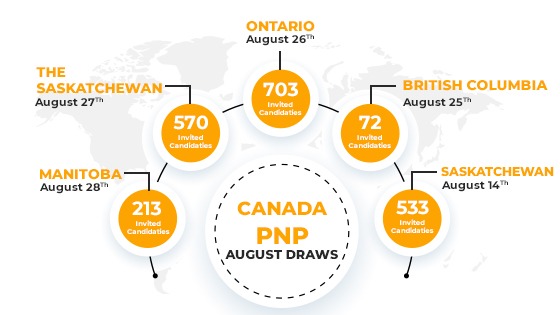 Canada  Latest Immigration News Update: Check out the invitations draws for the immigrants and its PNP’s Draws for August

This program is for people who:

1) Have the abilities, education and work expertise to contribute to the economy of a particular province or territory

2) Want to measure in this province

Every province and territory notation has its own streams (immigration programs that focus on recognized groups) and requirements. As an example, during a program stream, provinces and territories might target: