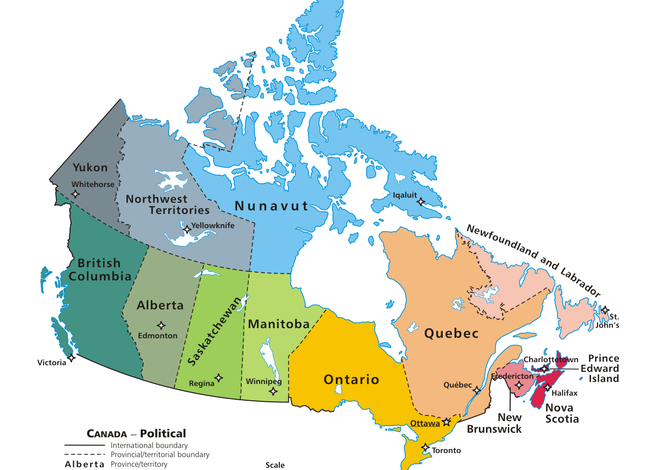 The advantages and disadvantages of applying for immigration through a province rather than directly to the federal government.

The cost of applying for Canadian immigration may play a role in determining which economic path to choose.

While this option provides you with a plethora of immigration possibilities, it can be more expensive and time-consuming. Provincial initiatives, on the other hand, may open the door to even more immigration prospects. They are being fine-tuned to offer doors to permanent residency for employees whose talents fit regional labour market demands.

We shall examine the expenses of various economic-class immigration plans in this post. Simultaneously, analyse the benefits and drawbacks of Express Entry vs. provincial immigration.

Application fees for skilled individuals to participate in IRCC-run programmes

When you apply for immigration to IRCC, you must normally pay an application fee for yourself as well as any dependents who will accompany you to Canada, such as your husband or common-law partner and children. You must also pay a fee for your and your partner’s entitlement to permanent residency. This charge does not apply to dependent children.

Fees for most economic, family and humanitarian categories of Canadian immigration are increasing this year. For the first time since 2002, IRCC raised permanent residency costs to account for inflation in 2020. At the time, IRCC declared that costs will be increased every two years to account for inflation, which means that prices will be raised this year. The next rise is scheduled for 2024.

Fees for the following immigration programmes will increase by around $40 beginning April 30th, compared to the current cost of $1,325. To apply, principal applicants and accompanying spouses must each pay $1,365 (all amounts are in CAD) plus any biometrics fees:

Fees for biometrics are around $85 per individual or $175 for a household of two or more. One major applicant applying for an Express Entry-managed programme, for example, might spend $1,450 in total expenditures, including biometrics fees. The identical programme might cost $2,905 for a family of two. Fees for a single child might be around $3,135. Each dependent kid will be charged $230.

In addition to the payments necessary to apply for immigration to the federal government, PNP and Quebec applicants are frequently asked to pay application fees to their preferred province. A single individual seeking to relocate to Ontario, for example, would spend $2,925 under the PNP but just roughly $1,450 through Express Entry.

Skilled individuals looking for jobs in other provinces may expect to earn between $250 and $1,500.

PNPs (Base vs. Enhanced)

The federal government uses Express Entry, a points-based system, to encourage immigration prospects to apply for permanent residency. In bi-weekly rounds of invitation, the top-scoring applicants are handed Invitations to Apply (ITAs). However, since the epidemic, IRCC has frequently invited applicants who are eligible for the CEC or PNP class. Since September 2021, IRCC has only invited PNP candidates and has not staged a draw for FSWP candidates since December 2020.

In the past, a high-scoring Express Entry candidate could have refused an invitation to submit for a provincial nomination and instead waited for an Express Entry ITA to save money on the application cost. However, because the suspension of FSWP and CEC drawings has impacted Canadian immigration plans all around the world, applying for an upgraded PNP has become more appealing.

Express Entry applicants who are nominated by a province gain an additional 600 points toward their Comprehensive Ranking System (CRS) score. This award practically ensures that they will be issued an ITA and will be eligible to seek for permanent residency.

Those who are not qualified for Express Entry may be able to apply for a province’s basic PNP. The provinces are in charge of these immigration schemes. They normally take longer to process

The typical processing period for applying for Express Entry directly is six months, however, the epidemic has significantly delayed these timelines. Currently, FSWP applications take IRCC 27 months to process, whereas CEC applications take eight months. Candidates for the FSTP might expect a 37-month wait.

The typical processing period for applying for Express Entry directly is six months, however, the epidemic has significantly delayed these timelines. Currently, FSWP applications take IRCC 27 months to process, whereas CEC applications take eight months. Candidates for the FSTP might expect a 37-month wait.

Should you apply directly to a federal or provincial programme? Finally, your selection should be based on which streams you are eligible for and one you believe will provide you with the best possibility of obtaining permanent status. If you are qualified for Express Entry, it is important to create a profile as, in addition to being evaluated for an ITA by IRCC, you will also be considered by provinces wanting to invite people to apply to their PNP.