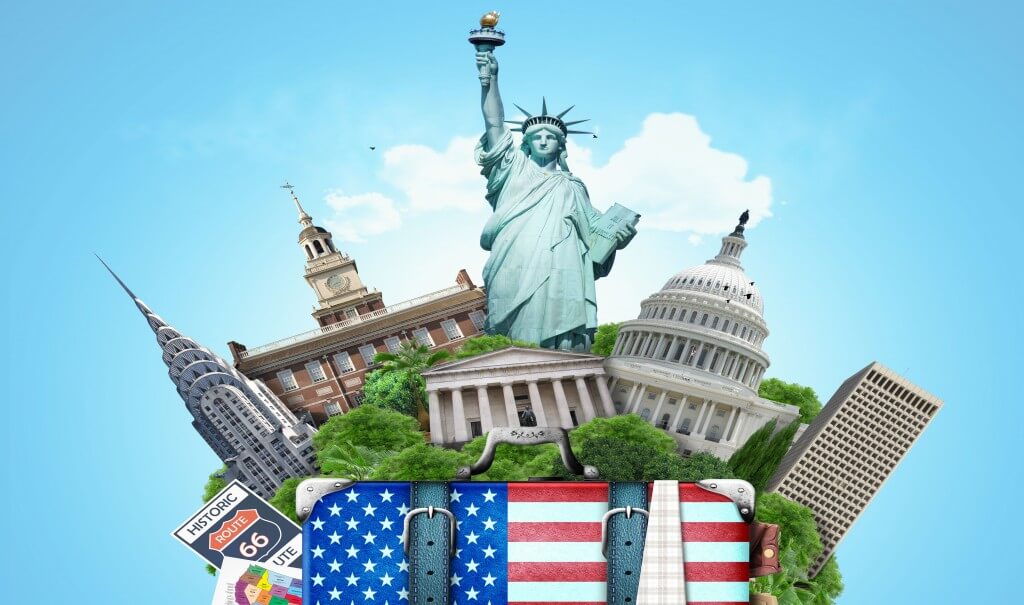 Indians are Australia’s third biggest migrant community, while the United States is the second most popular destination for Indians residing abroad, behind the United Arab Emirates.

This blog is for you if you are going to start your life in a new nation in quest of a better quality of life, greater salary, and more work chances. Read on to learn more about the differences and parallels between moving to Australia and the United States.

The Significant Differences Between Australia PR and US Green Card

Over the last decade, there has been a huge increase in the number of persons travelling to Australia and the United States. Both countries’ warm climates, modern economies, and rising diversity among citizens have made them among of the most desirable places to live permanently.

In the table below, we’ll look at the significant distinctions between immigration to Australia and immigration to the United States for permanent residency.

Pathways to Australia and the United States of America

Visa for Permanent Residency in Australia

The Australia PR visa is a point-based immigration procedure in which you must achieve specific requirements. It is granted to non-citizens of Australia who wish to work and reside permanently in Australia.

The distinction between a permanent resident and an Australian citizen is that the latter has the ability to enter the nation and vote.

Permanent Residency in the United States

A Green Card, also known as a Permanent Resident Card, permits you to reside and work in the United States permanently for ten years.

The H1-B visa is a temporary visa that allows you to work and remain in the nation for a maximum of six years, after which you can apply for a Green Card or a three-year extension. It is a popular option for talented Indian immigrants.

The following are two popular types of immigration visas:

After five years as a Green card holder, you can petition for citizenship in the United States. After three years of residency, spouses of Green Card holders can seek for US citizenship.

Comparison between Australia PR vs US Green Card

What documentation is required for both visas? 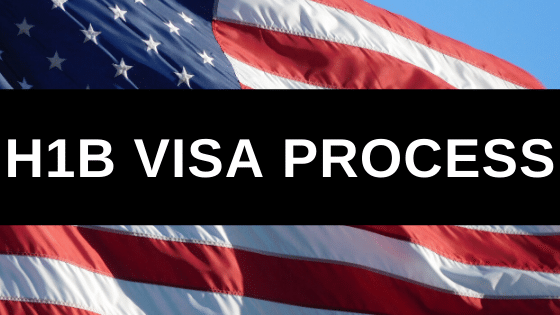 Documents Required for a US H1B Visa Application

Application Procedures for Australian PR and US Immigration

You must double-check your qualifying requirements.

Fill out the Skill Select form to express your interest. This step determines your eligibility score.

After getting an ITA, you must submit your visa application to the Australian Department of Immigration and Border Protection.

Step 5: Include Dependents in Your Visa Application

If you are bringing dependents with you, you must provide their information while applying for a valid visa.

Following the ITA, you should apply for police verification and medical checks.

DIBP will assess the visa paperwork when they have been submitted. If all goes well, you will acquire your PR visa within 3 to 5 months.

Steps to Apply for a US Immigrant Visa

The following are the steps involved in the Green Card application:

Step 1: Submit a Petition to USCIS.

Candidates who are eligible will complete Form I-485, Application to Register Permanent Residence or Adjust Status.

Your case will be transferred to the National Visa Center (NVC) for pre-processing. After this is finished, you will receive a Welcome Letter.

Prior to your interview, you must pay the processing cost for your immigrant visa application. Most interviews are scheduled within three months of receiving the relevant paperwork.

A doctor approved by USCIS conducts the medical exams. Your medical history will be evaluated in addition to the physical examination, chest x-rays, and syphilis blood test.

This interview is designed to confirm the authenticity of your papers and eligibility for Adjustment of Status.

You will be notified of the outcome of your interview at the end. You will be informed as to how and when your passport and visa will be granted.

You may also check your Green Card application status on the USCIS Check Status website.

Contact Prominent Overseas experts for more information on the US Green Card Process.

Visa Processing Times in Australia and the United States

According to DIBP, the typical wait period for Australia PR is between 8 and 12 months. The processing period for your visa is mostly determined on the visa type you have chosen for PR.

Time Required for Processing in the United States

An application for permanent residency (Form I-485) will take between 7 and 33 months to process, according to USCIS. The time frame will differ based on the office location, the grounds for the filing, and other variables.

Australia Immigration Policies and the Most Recent Updates for 2022

Immigration Policies in the United States

Most Sought-After Jobs In Australia & USA

In Australia, the usual work week for an employee in a federally regulated area is 40 hours. Australians work 41 hours each week on average.

According to Bureau of Labor  statistics, American employees worked an average of 34.4 hours per week in 2019.

Every year, full-time workers in Australia are entitled to four weeks of paid annual leave.

An average full-time employee in the United States is entitled to ten days of paid vacation each year.

Both countries’ taxation systems are similar.

Australia has a taxation structure that is progressive. The tax rate rises in direct proportion to income. For tax reasons, foreign nationals who come to Australia are considered as citizens.

The tax system in the United States is rather intricate. It is in place at both the federal and state levels. Income, sales, capital gains, and other kinds of taxation are all available.

Look at the table below to learn about scholarships for Indian students:

Merit-based scholarships are available in Australia for Indian students. Students must also establish their eligibility to apply. There is, however, no qualifying exam requirement for receiving scholarships.

Full scholarships are uncommon in the United States. Everything that is offered is competitive. For Indian students, the chances of receiving a scholarship in the United States are one in eight. In 2015-16, only 1.5 percent of degree programme students received enough support to pay the full cost of attendance.

International students should plan ahead of time to apply for scholarships granted by American colleges, which vary according to course and criterion. Extracurricular activities and volunteering are important factors to consider.

Australia’s Cost of Living vs. the United States

When compared to Australia, the cost of living in the United States is lower. Living cost disparities between states are mostly the result of relatively high home costs.

Job Prospects in Australia vs. the United States

The Australian economy, like its population, has been steadily rising as a result of high rates of immigration. Every year, about 200,000 new jobs are generated. Indian IT experts make up the majority of Subclass 457 migrants.

Indians have several work options in the United States. Skills are in short supply in several industries, including healthcare, computers, and information technology. It is also a good option to come to the United States as a student and subsequently apply for the H1B temporary work visa.

Workers in Australia enjoy a high degree of job stability in comparison. Across the country, job retention averages about 89 percent. However, the changing economy and fast-paced corporate climate make it more difficult than ever.

Healthcare in Australia Vs the United States

Although Australia has advanced healthcare facilities, they are not dispersed equitably. It is provided by both the commercial and public sectors and is covered by Medicare.

The private sector owns and operates the majority of healthcare facilities in the United States. While 58 percent of hospitals are nonprofit, 21 percent are government-owned, and the remaining 21 percent are for-profit.

Comparisons Between Australia and the United States in General

Which of the following is the quickest PR visa in Australia?

The Global Talent Independent programme, the most recent innovation to Australia’s immigration system, is the quickest method to get permanent residency in Australia. Global Talent Visa processing times range from two days to two months.

What is a Working Holiday Visa in Australia?

You can work and remain in Australia with either visa. For a period of 12 months, you may also pursue full-time, part-time, casual, or shift employment.

What sorts of student visas are available in the United States?

What is the quickest way to obtain a Green Card in the United States? 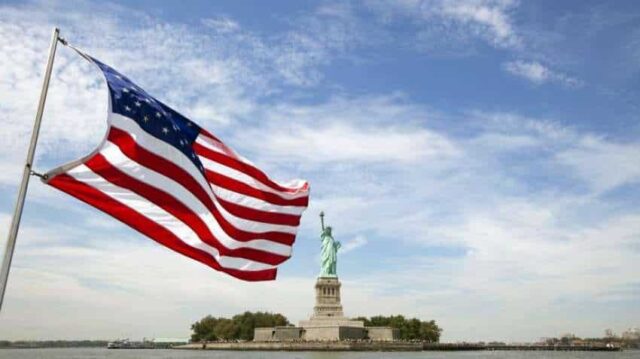 Is it tough to obtain a permanent card in the United States?

The five nations where it is difficult for foreigners to get permanent residency or citizenship are the United States, Switzerland, Japan, Germany, and Austria. The US Green Card application process is particularly difficult due to the complexities of the legislation. It is prudent to get advice from an immigration professional.

Will my parents be able to stay in Australia permanently?

Yes. The Parent Visa allows Australian citizens and PR visa holders to sponsor parents for permanent residence in Australia. However, because this migration procedure is limited and queued, it may take a very long time to complete.

Can I work in the United States as an Australian permanent resident?

Yes. Australian citizens can now apply for E3 visas to live and work in the United States. It is a specific visa that is significantly simpler and less expensive than the H1B work visa. In the United States, around 10,500 E3 visas are allotted for Australians. The E3 visa is good for two years.

What should I do when my Australian permanent residency visa expires?

Is dual citizenship permitted in Australia?

Yes. Citizenship in two or more countries is permitted in Australia. This, however, should be lawful for all parties involved. Citizens from other nations can settle in Australia and get Australian citizenship, granting them triple nationality.

Which country has the lowest cost of living? Australia or the United States?

What are the various immigration routes for the United States and Australia?

If you are considering immigration, both Australia and the United States are excellent choices.

Australia, being a developed country, has an excellent reputation for embracing immigrants. It has a robust economy and is a desirable location with numerous well-paying employment. Australia is one of the greatest countries in the world to live, with a contemporary lifestyle and good living standards.

The United States is the most popular destination for those seeking a better living since it has the world’s greatest economy. It boasts the finest of everything the globe has to offer in terms of education, technology, entertainment, nightlife, and so on.

How Can Prominent Assist?

In addition to these services, Prominent provides its clients with customised services such as:

Profile Evaluation: Professional advice based on an in-depth evaluation of the client’s profile to establish visa success possibilities.

A dedicated Case Officer: A specialist who will help customers throughout the procedure.

Visa & Interview: Aspirants who attend visa interviews with verified papers are given guidance.

After receiving their visas, Prominent assists customers in settling down in their new nation with a comfortable stay.

Resume Writing: We have a dedicated team of resume professionals that will write the finest resumes to suit the requirements of immigration authorities and potential employers. This considerably increases their chances of being chosen.

Optional services For students in need of a study visa:

Admission Counseling: Comparisons of the finest programmes, universities, and countries to study in, including planned mentorship from current students.

Admission Essays, Student CV, Statement of purpose (SOP), Letter of recommendations (LOR), and other critical services are provided by a professional staff.

Share
previous
UK Work Visa for Indian nationals
next
Jobs, Salary, and the Process for Indian Doctors in Canada in 2022