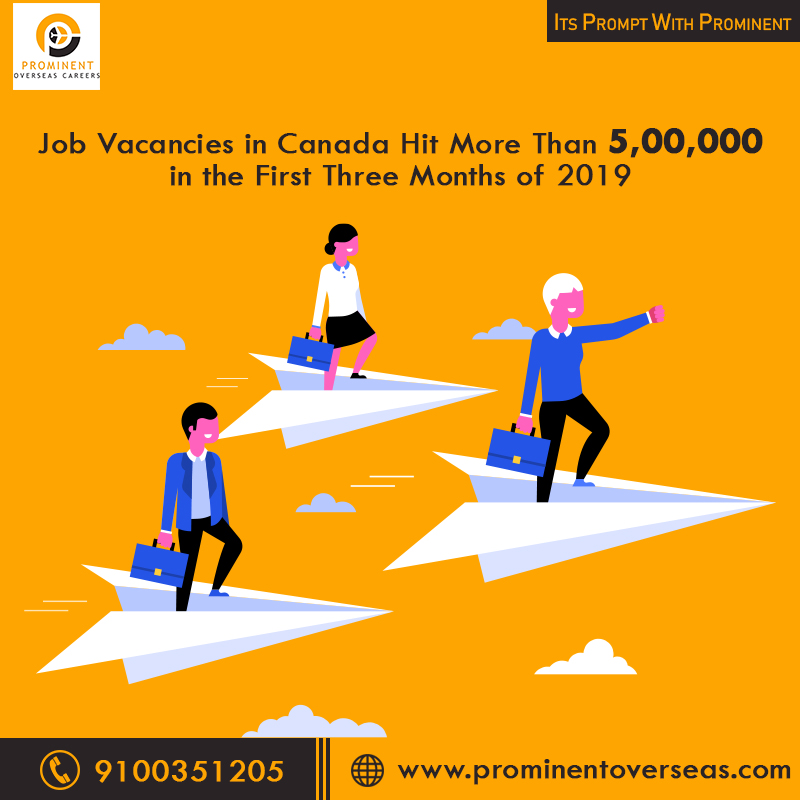 The job vacancies of Canada have increased again in 2019 compared to the same period (first three months) of 2018.

Recent Statistics: Canada said that nearly 80% of vacancies are for permanent positions.

Read More About Jobs in Canada: 435,000 Canadian Job Vacancies In The First Quarter Of 2019

The federal government decision is to raise immigration levels over the next three years, and the majority of newcomers are excepted through the Economic class immigration program.

Quebec saw a great increase over year by year in job vacancies which rose to 21,400 or 23% and half of this increase was spread to three sectors like health care and social assistance, manufacturing and accommodation and food services.

Ontario experienced the second highest year over year increase at 12,400 with the great increases recorded in five different sectors

The job vacancy rate of British Columbia is 4.4% which has 9,300 job vacancies increase over year by year.

The statistics Canada reported that there is an hourly wage rate increased from $1.20 to $30.1.

Individuals can check there Eligibility Here for this Canada PNP programs as a path to working and living in Canada permanently.

Stay Tuned For The Jobs in Canada for Immigrants.

Share
previous
How To Apply For Canadian Spouse Visa
next
WHY CANADA IS CELEBRATING CANADA DAY ON 1ST JULY OF EVERY YEAR?

A new WordPress theme for car services, car detailing, auto wash & repair has been launched! Get it NOW at 40% off… https://t.co/nQFtSSGjjM