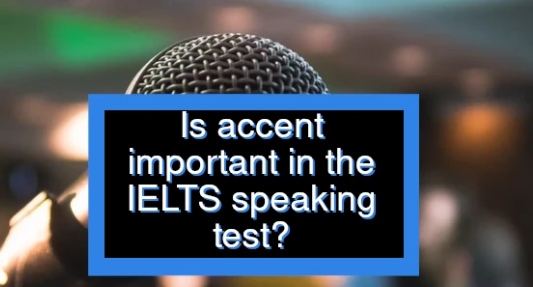 The English language can be acquired in a variety of ways, and there are numerous ways to pronounce it, known as accents. The accent is associated with a specific region, country, or territory. Accent plays a crucial influence in the IELTS hearing and speaking sections, which might be a hindrance to speaking or understanding that particular language.

To complete this difficult task and comprehend the English language, students must become acquainted with the many accents of English spoken throughout the world.

Many native English accents are used in IELTS listening parts.

Make a note of the variances in pronunciation. Vowel sounds differ in any case. Getting acquainted with each accent is critical for IELTS success.

Get in touch with India’s best visa consultants

Accents in the English language

Many students become confused by accents when writing the IELTS English Listening portions. There are a total of 160 distinct dialects of English. The exam primarily follows the British accent. The following are some of the factors that can help you pass the listening and speaking sections.

A student must first understand the test format. Many accents can be found in the listening section. Students must listen to two different sorts of conversations. They are as follows:

Listening practice enhances understanding of the language. IELTS is an international level English test, so listening to audio with diverse language accents is recommended. 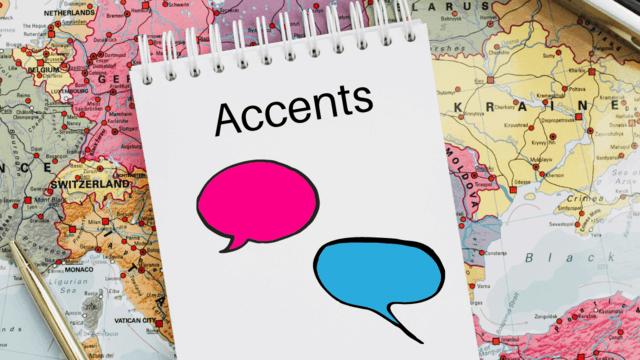 Advice on how to understand the accent in the listening test

You can hear a pre-recorded audio file for each of the four sections in the listening test section. Because this is an international test, the accents of the speakers vary from one geographical region to the next. A British speaker may sound different than an Australian or a New Zealander.

Most students freeze when they begin listening to the pre-recorded audio with an accent to which they may not be able to relate. Because IELTS is an international exam, it will undoubtedly include a variety of accents, some of which will be exceedingly hi-fi or weird. If you come across an unusual or difficult accent, you will need to practice more in the listening part to understand it. Extensive practice in the listening segment might give you the confidence to deal with multiple pronunciations.

The accent can be familiar or new at times, but one constant is attentive attention to the audio. Never become overwhelmed or aroused by the audio, as this can cause you to lose focus. This sincerity will help you distinguish between accents and will eventually aid you in real-life circumstances.

Listening is a wonderful technique to increase your ability to absorb and grasp the information in different accents. Listening to radio stations will help you become more conscious of the accents. Those radios must broadcast in English. There are numerous free stations available online, including BBC Radio from the United Kingdom, ABC Radio from Australia, and CBC Radio from Canada. Listening to it for at least 2-3 hours every day will quickly familiarize you with the varied accents.

Preparing for IELTS entails more than just learning English language, doing practice exercises, studying, and taking mock examinations. Some of the native English speakers at TED lectures can provide both inspiration and encouragement. There are many native speakers with various accents available globally, and you may use this time to learn while also being entertained and, of course, motivated.

In the Listening test, you only hear the audio once when writing the test. As a result, it is critical to be extremely sure in selecting every aspect the first time. You should become acquainted with the various’ standard’ accents. You have not encountered problematic regional dialects if you have discovered an unfamiliar accent.

Spend some time listening to the most prevalent test to learn the dialects while studying for the test. It is not difficult to access content in these languages online anywhere in the world. It is generally best to maintain your native accent and concentrate on pronunciation. Ideas, terminology, and good communication all contribute significantly.

Get in touch with Business visa consultant in India

YouTube and TED presentations have evolved into excellent instructional resources for IELTS preparation. We can cross-check the accuracy of your hearing because the TED speakers come from all around the world and always have the transcripts handy.

Use audio scripts, also known as tape scripts, to prepare for the word scripts provided in the textbook. You can also choose an online course for IELTS preparation, which will present you with a large number of audio scripts. There are numerous resources available to help you improve your band score. There are other accents, such as Caribbean and Louisiana accents, that might be heard while taking the IELTS test.

The IELTS listening test not only assesses your ability to understand, but it also prepares you for real-life interactions with native English speakers. As English students, we are probably used to comprehending North American English or even British English, but in order to talk, we need diverse accents.

Understanding the Australian English accent is the most difficult thing for many of us to comprehend and interpret, as it has an influence on North American or sometimes British accents. So, tune in to the Australian shows and utilize your phone to assist.

While we may have heard the British accent more than the Australian accent, it is often difficult to understand. Most British accents sound Scottish, but some sound more like ‘BBC.’ Listening to native British accent speakers through podcasts, sitcoms, and other media will help you comprehend the accents better.

One of the simplest, especially for students. The North American accent can be heard more in films, TV series on English channels, and popular songs. Singing along with the songs will greatly aid in interpreting the accent.

Also read Learn the IELTS Pattern to get the highest possible score.