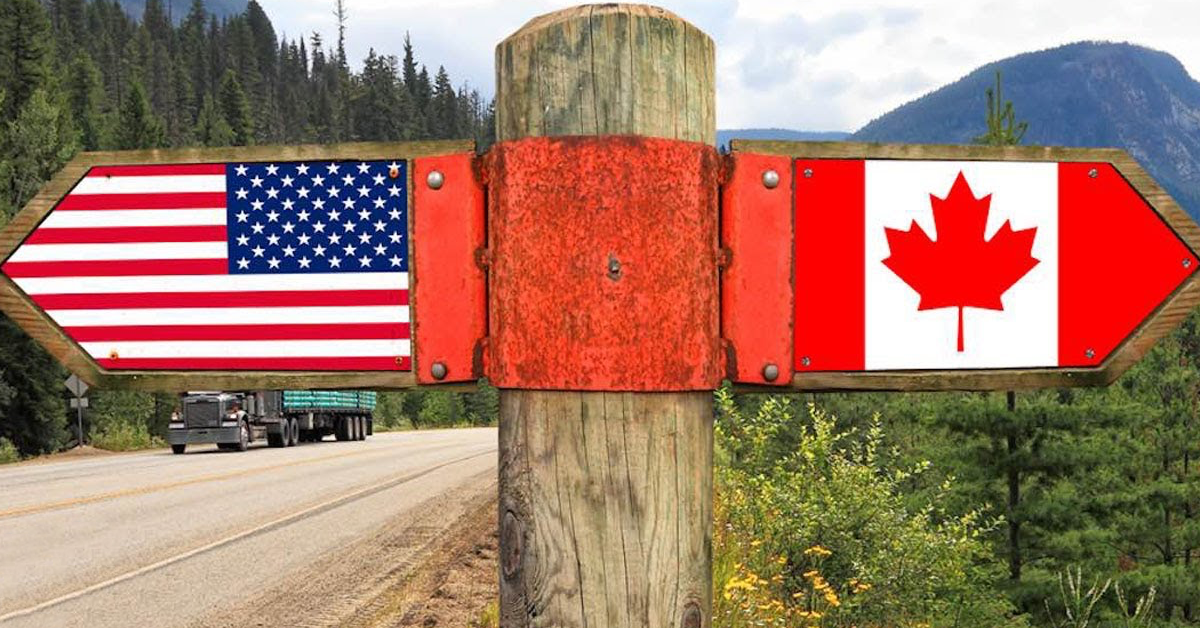 Canada and the United States are regarded as desirable destinations for migrants. Although both are well-known for their job prospects, economic growth, and higher quality of life, you won’t know for certain unless you experience it for yourself.

With the information provided here, we can assist you in making an informed decision.

When comparing, please remember the long-term consequences of aspects such as cost, quality of life, professional advancement, and how to maximise the country’s benefits.

So, will we investigate?

Because of the COVID-19 Pandemic, Prime Minister Justin Trudeau has stayed focused on maintaining the employment security of Canadians and immigrants in Canada.

Here are some of the jobs that will be in high demand in Canada in 2022:

Average work hours: The typical work hours for an employee in Canada’s federally regulated sector are 8 hours per day (during any 24-hour period), for a total of 40 hours per week.

Companies in Canada provide a minimum of ten paid days off every year.

Working in the United States

The United States is the world’s silicon capital, with the most industries headquartered there.

However, 2022 provoked a schism in US markets.

According to a Marketplace research, one-third of the whole population was concerned about their job security, which included job loss or wage drop.

Some jobs, however, were recession-proof even throughout the epidemic. They are as follows:

Average work hours: According to Bureau of Labor Statistics statistics, employed Americans in the United States worked 34.4 hours per week in 2019.

All employees in the United States are entitled to a minimum of ten paid yearly leaves.

If the minimum wage is $46,605, a Canadian employee, regardless of nationality, must pay a federal tax of 15% of their entire income.

However, if an employee makes more than $46,605, the amount of income tax that must be paid increases.

A Canadian employee must pay a provincial tax in addition to the federal tax.

Here’s a breakdown of your tax obligations:

Canada has a highly equitable system of GST reductions. Healthcare provisions like as medications, dental treatments, and so on are referred to as ‘Zero-Rated’ items since they are excluded from GST. However, the federal taxation structure varies by province, with a minimum of 5% taxes.

Taxation in the United States

In the United States, income tax is paid in two parts: federal and state.

An average software engineer in the United States pays a yearly income tax of 25% – 30%, which includes both federal and state taxes.

Did you know that Washington employees are free from paying state taxes? Here are some of the states, along with their state income taxes:

Every state imposes a sales tax on transactions made in the United States.

It is a state tax that differs per state. In New York State, for example, the sales tax is 7%.

The United States and Canada both have a Federal and a State/Provincial tax. However, several states in the United States, such as Washington, exclude residents from paying state income taxes.

University tuition in Canada is around 27% less expensive than in the United States.

The Canadian immigration system provides children (up to the age of 16 or 18) with free public school education. Private schools in Canada, on the other hand, charge between CAD 8,000 and CAD 14,000 each year.

Studying in the United States

It should be noted that the United States permits eligible F-1 students to choose Optional Practical Training. This is a permission that allows students to get real-world job experience in their subject of study.

Tuition fees in the United States are greater than in Canada due to the comprehensive educational system.

Here is a list of the top universities in the United States, along with their average yearly tuition fees:

4. Immigration Routes to Canada and the United States 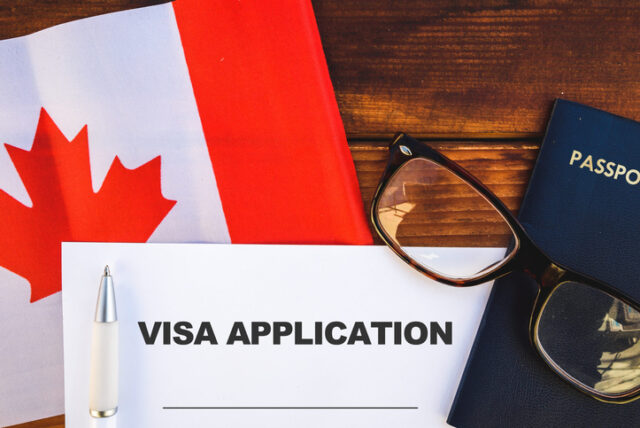 You can apply for the following categories of Canadian visas:

Here are the various immigrant visas you may apply for if you want to immigrate to the United States:

5. Cost of Living: USA Vs Canada

Because the Indian Education system takes a unique approach to teaching, Indian students in the United States and Canada are often taken aback by the curriculum at first.

In-depth study drives the Canadian and American education systems. This may entail practical field experience with a restricted time span. As a result, Indian students need time to adjust to different learning methods.

Both Canada and the United States have severe anti-racism regulations in effect.

However, due to the recent increase in crime driven by racism in the United States, Canada is a more welcoming country for immigrants to live in.

Prime Minister Justin Trudeau joined in an anti-racism protest in Ottawa in June 2021 to show sympathy with victims of prejudice.

Did you know that Kamala Harris, the Vice President-elect of the United States, is of Indian and Jamaican descent?

The key takeaway is that both nations provide unique hurdles to Indian migrants. However, the number of Native Americans in both nations has increased dramatically in the recent decade.

7. Immigration Updates for Canada and the United States

Updates on Canadian Immigration in 2022

Updates on US Immigration in 2022

Canada is one of the world’s top ten most desirable countries.

According to a recent poll, Canada is the World’s Most Desirable Country to Live in.

According to the Global Liveability Index 2019, Vancouver, Calgary, and Toronto are among the top ten most liveable cities in the world.

Calgary is a skyscraper city. It has the most youth-driven policies in the Alberta area and promote societal well-being in all aspects.

Toronto is the hub of Ontario, famous for its CN Tower and affluent metropolitan life. It is home to IT-hubs, prestigious colleges, and a diversified community of Indo-Canadians. 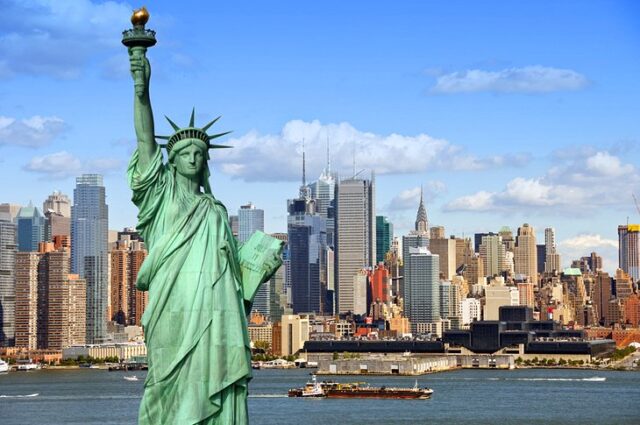 Best places to live in the United States

Boulder refers to the boulder foothills of the Rocky Mountains in the United States. Aside from the wonderful places to see and the natural beauty, Boulder is also where students with strong interests in geology come to study at the ‘University of Boulder.’

Denver serves as the state capital of Colorado. Denver, noted for its historical significance in the Old World Era, is also known as the ‘Outdoor City of the United States.’ The city is a thriving and culturally diverse centre for immigration. Denver is home to the University of Colorado, which specialises in MBA programmes.

Austin, home to the University of Texas, is the state’s live music capital. It offers good weather all year, and its flagship university is noted for producing innovative professionals. “What begins here transforms the world,” is their motto.

How long does it take USCIS to complete a Green Card application in the United States?

The USCIS consulate currently employs an automated procedure. The processing of Form I-485 might take anywhere from 7 to 33 months.

The pilot programme for obtaining US citizenship is only applicable in the following circumstances:

Is Canada PR preferable to H1B?

Canadian PR is preferable for ensuring a safe and secure living. It also includes the opportunity of obtaining Canadian citizenship quickly, whereas the US H1B visa is ideal for exploring high-skilled employment prospects and ambitious professions.

Can I travel to Canada on an H1B visa?

You can go to Canada with a US H1B visa as long as your journey does not exceed 30 days.

Can I work in the United States with Canadian public relations?

You cannot work in the United States with Canadian PR unless you have an H1 visa.

How can I maintain my PR and H1B status in Canada?

You can have both US H1B visas and Canadian PR at the same time. To keep your PR, you must spend two years out of every five in Canada.

You can go to Canada with a US H1B visa if your trip does not exceed 30 days. 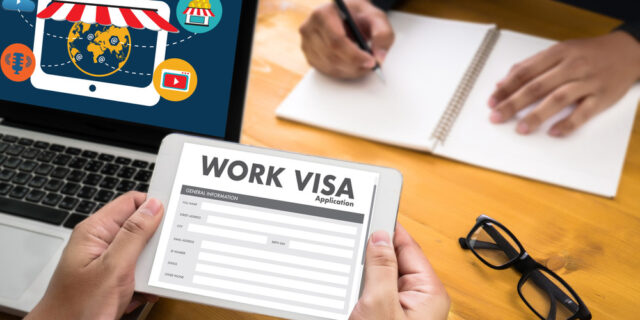 Can I work with Canadian public relations in the United States?

You cannot work in the United States if you have Canadian permanent residency unless you obtain an H1 visa.

How can I keep my PR and H1B status in Canada?

You can have both US H1B visas and Canadian permanent residency at the same time. To preserve your PR, you must spend two of every five years in Canada.

How may Prominent assist you?

In addition to these services, Prominent provides its clients with customised services such as:

Optional services For students in need of a study visa:

Share
previous
A Quick Guide to Moving to Saskatchewan in 2022
next
What are GRE and GMAT?